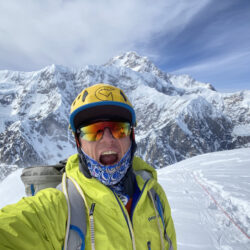 Vince is a third generation native of Colorado who climbed his first mountain at age five, started skiing at eight, and has called the mountains home his entire life. When he is not out guiding, climbing, skiing, he can often be found on the bike with his wife and three sons in Grand Junction, Colorado.

Since 1994 Vince has guided thousands of happy clients on custom ice climbing adventures around Colorado, the Canadian Rockies, the Alps, Alaska, the Himalaya, the Karakoram and the Andes. In 1998, Vince earned the highest level of certification available to mountain guides world-wide, becoming an International Federation of Mountain Guide Association (IFMGA) Certified Mountain Guide. Today Vince passes on his famed experience and calm to young aspiring mountain guides as an instructor and examiner for the American Mountain Guides Association (AMGA).

Vince is also passionate about climbing in his personal time. He ice climbed competitively from 2001 to 2008, attaining sixth overall in the World Cup Ice Climbing championship in 2002. Since 2010 he has been the route setter for the difficulty competition at the famed Ouray Ice Festival. Vince is an alpinist who abides by the “light is right” alpine style ethic. Most notably, he and Steve House completed their famous new route on the Rupal Face of Nanga Parbat (26,660′, ninth highest mountain in the world) in alpine style without oxygen in eight days during September of 2005. Vince and Steve have also partnered on numerous other ice, mixed, and alpine climbs, including the first ascent of K7 West in Pakistan and a new route on the North Face of Mount Alberta in the Canadian Rockies. He is a dedicated climber and certified AMGA mountain guide who is conscientious and skilled at balancing the needs of clients in a safe and professional manner.

Steven is a dedicated climber and fully certified IFMGA & AMGA mountain guide who is conscientious and skilled at balancing the needs of clients in a safe and professional manner. Originally born in New Mexico, Steven grew up traveling the world in an Air Force family.

After a thru-hike of the Appalachian Trail, Steven went back to New Mexico to attend school and found himself learning to climb on the steep granite cliffs of the Sandia mountains in northern New Mexico. After years of big wall climbing and hard rock climbing in America’s great climbing areas, the natural progression to alpine climbing brought him to Ouray, CO.

In 2012, Steven began the Alpine Mentor program. This unique opportunity allowed him to climb challenging routes in Colorado, Alaska, France, Italy, and India with world class mentors from around the world. Today, Steven’s focus is on completing high altitude technical alpine routes on peaks throughout China and Asia, and exploring every corner of his home in the San Juan Mountains. 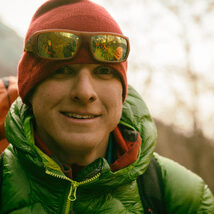 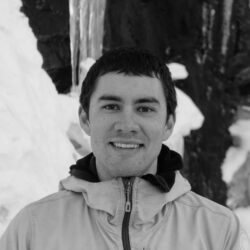 A native to the Front Range of Colorado, Buster Cruz Jesik began climbing at age 10, and has since made ascents of rock, ice, and alpine routes in North America, South America, Europe, and Asia. Buster was introduced to mountaineering through boy scouts. His troop was active in hiking the Colorado 14ers, backcountry skiing, and rock climbing. In middle school, Buster discovered indoor rock climbing. By age 13, he had made a winter ascent of the North Face of Longs Peak leading the technical pitches and began traveling to Ouray during the winters to climb ice. During high school, Buster continued to attend the Ouray Ice Fest, attending clinics from world class ice and alpine climbers. After graduating high school in 2004, Buster began pursuing a career as a musician while attending community college. After graduating with an associate’s degree, he began working as a rock climbing guide while also teaching music lessons. Eventually his love of the mountains won out, and Buster became serious about becoming a guide.

In his personal climbing, Buster has primarily focused on making speed ascents of classic big wall routes in Yosemite, Zion, and the Black Canyon. As an alpinist, he has summited Denali multiple times, climbed classic routes in Rocky Mountain National Park, the Canadian Rockies and the Alps, and made the first ascent of an unclimbed 17,000 foot peak in a seldom visited corner of the Indian Himalayas. He was also selected to participate in the first Alpine Mentors Program, started by Steve House to train and mentor the next generation of alpine climbers.

As a guide, Buster loves to teach modern techniques for climbing safely and efficiently. He has experience coaching and training rock climbers who want to maximize their performance, and used these skills to lead the Fountain Valley High School climbing team to a state victory. His work has taken him up and down the Front Range of Colorado to the classic ice climbs and backcountry skiing of the San Juan’s, the desert rock of Utah and Nevada, and the world class alpine climbing of Alaska. Buster’s calm demeanor and expertise is ever present, whether its sharing his enthusiasm for climbing with a beginner or working with an advanced climber looking to up their game.

Katie is an avid rock climber, ice climber, skier, and runner. Originally from Arlington VA, she moved west in 2013 and to the San Juans in 2016 where she fell in love with the Western Slope of Colorado. She has called Ouray home ever since. Katie is passionate about sharing the outdoors, especially rock climbing, with others. She has been professionally guiding rock and ice since 2016. Outside of Ouray, her favorite places to climb and guide are the Black Canyon, Unaweep, Red Rocks, Joshua Tree, and the Red River Gorge. When guiding, she tries to expand her clients perceived physical or mental limitations, communicate the importance of outdoor recreation, and learn about them. Katie is also passionate about fitness and training for alpine goals. She is excited to work with clients who want to train for a specific objective, like summiting a peak via a difficult route, or a fitness goal, like climbing 5.12. Katie is an AMGA certified Rock Guide.